Bob, thanks for sharing the photo!

Friday for our 45th Wedding anniversary, one of the things Ingrid gave me was an old, out of print book, on Grünstadt, Germany.

One of the pictures in that old book was of the now non-existent Grünstadt Jost Brewery, taken in April, 1900. Thought it might be of interest to some of the Grünstadt missileers. Feel free to post it on the Sembach Missileers website.

The picture was taken in the loading area where we would go in the 1960s, to purchase the Jost beer in kegs, along with a loaner supply of steins, for our summer beer busts on the “Site” and elsewhere.

The caption under the picture reads as follows:

In Commemoration of the 50th Birthday of our Boss Mr. Jean Jost
Grünstadt Brewery April 29, 1900

The workers are identified in the pictures L. to R. as plumbers or facility technicians, men with the shovels or large paddles are the brewers and malters, behind them the teamsters / delivery men, next the keg fillers. In the front center are the office staff. 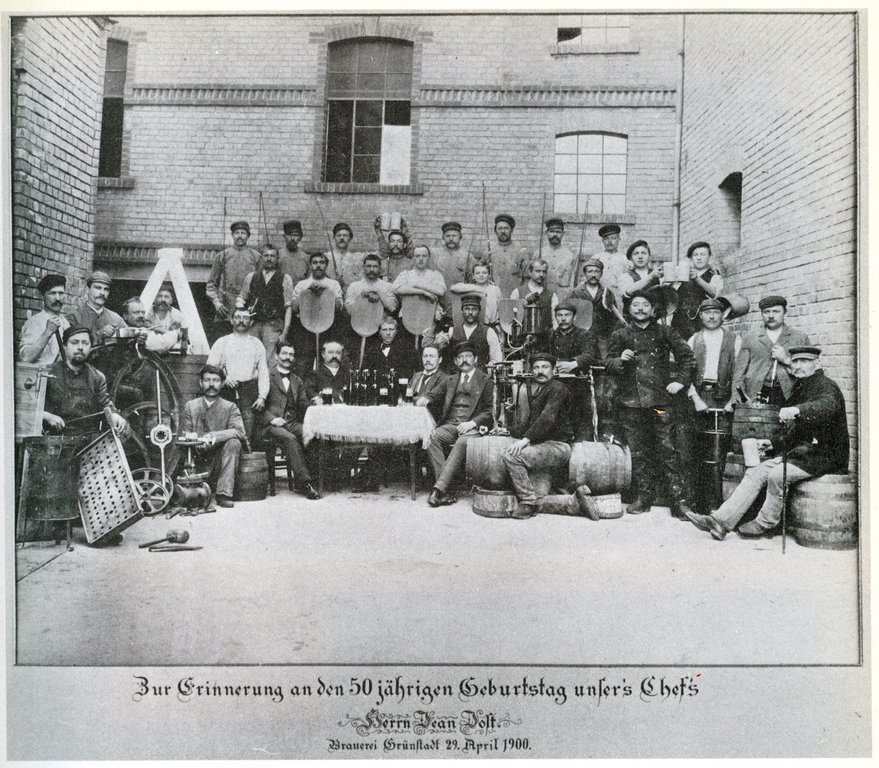