In May 1962, Maj. Thomas S. Robinson had the idea of constructing a unique complex to train TM-76A missile crews to combat ready status. Working with Mr. John T. Coniff, Martin-Marietta technical representative, and A1C Edward “Beetle” Bailey, they developed a training complex, valued at over a half million dollars, for less than $5,500, using salvaged parts. The Sembach complex was located at Site I, in Mehlingen. An additional training complex was built at Hahn AB.

Using these training complexes, a new crew arriving from the states could be upgraded to combat ready status in less than 14 days. Once each month, every launch crew returned to the complex for a one day refresher course to insure their combat readiness was maintained.

“Maj. Robison and I went to Bitburg and recovered the Matadors out of salvage. They were supposed to be cut up but, only the ones on top were destroyed. Germans didn’t believe in doing a lot of extra work. We disassembled everything electrical and cataloged the components and designed with what we had. Interesting effort.”

“Started out with a few rookies and after it got way too big they let us add a full group. Later the Hahn folks came to build their units and learn how to build their site. Good group of folks.”

“When we were deep into the project with all ‘liberated’ materials and AF tool boxes, they decided we needed $$$. Maj. Robison and I got $5,000 and had a hard time spending the $$$. NATO valued the site at $5 million. ” 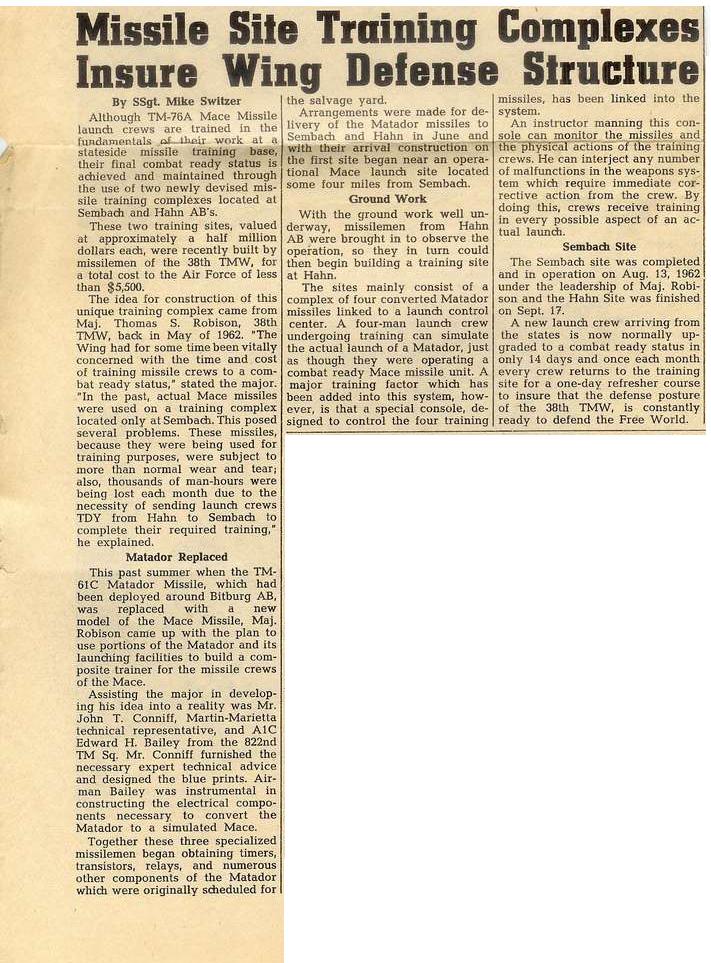 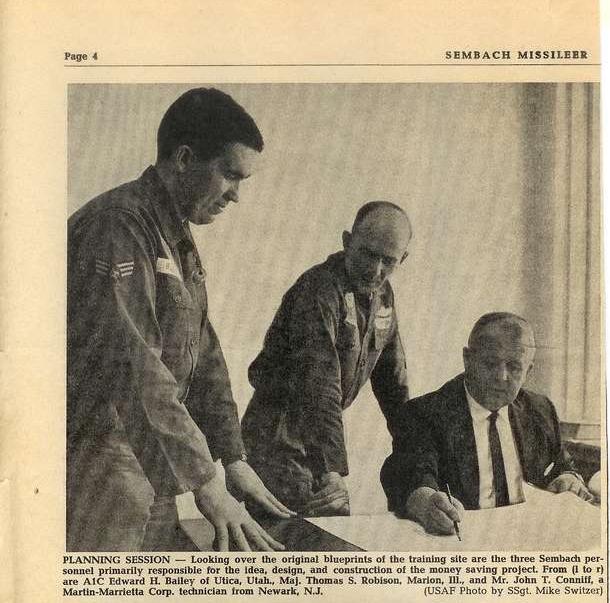