“Your records are correct. I organized and trained “C” Flight at Orlando; took them to New Mexico where each crew fired a number of TM76 / Mace Missiles. We arrived at Sembach in May 1959 and moved to the site at Grünstadt and became fully operational covering Victor Alert targets by late August or early September 1959. During that period the Soviets were building the Berlin Wall and Gary Powers had been a Soviet prisoner after bailing out of a U-2 aircraft. I do not have any photos of the site or the men under my command; however I would like to state that they all were excellent people and did outstanding work under stressful conditions. Neither the Wing, Group nor Squadron helped us in anyway whatsoever – we did it by ourselves. …”

“… I took over the site from a Foreign Technology (Air Force Security Service) Communications outfit that was there monitoring Soviet radio frequencies. I commanded the outfit until about May of 1961when I was asked to take over as 38th Wing Chief of War Plans. I helped the units at Bitburg and Hahn as well as Sembach to keep a war time footing and helped ‘Hork’ (??) establish the Command Center at the Football Field. A Lt. Col. Tyler replaced me in May 1961. I understand he is no longer living. Have had correspondence from one man (Ron Wiatrowski) who arrived at Gr�nstadt about the same time I went to War Plans. Enclosed are his email address and PO address and telephone. He is a member of a missileer outfit and is a friend of one of my launch officers, Fred Horky, who has many photos of the Gr�nstadt site – will give you his address and email as well.

I was a Regular Officer in the Air Force and after leaving Sembach in late August 1962 I attended Air Command and Staff College at Maxwell AFB, AL. and then went to ADC + NORAD and worked in the Space Program.

I retired in 1972 from Cape Kennedy (NASA) and Patrick AFB (USAF) and moved across the state to the Clearwater area.

I do not have a computer and am not a member of the Missileer Outfit (TAC Missileers Association) that was formed many years ago.

My claim to fame is as a Jet Fighter Pilot during the Korean War – Go to Google and look me up on the internet.”

Enclosures included the picture below and contact information for Fred Horky & Ron Wiatrowski. 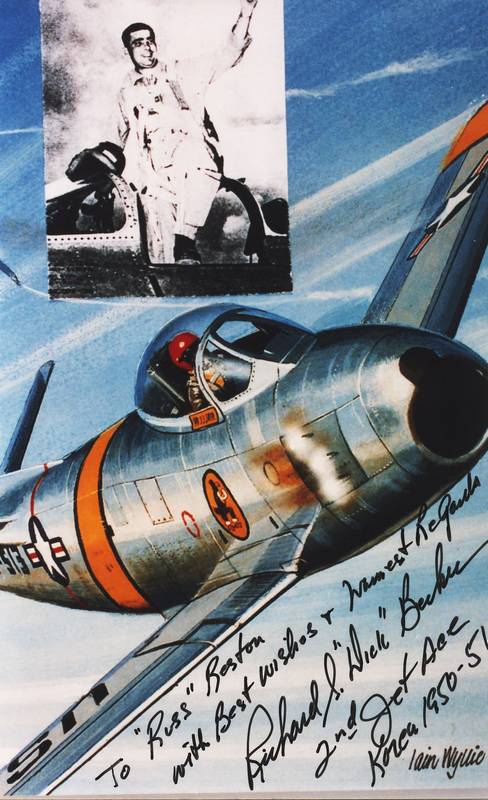