Did you ever realize that the missile on display at Sembach AB in the 1964 -1966 timeframe wasn’t really a “Mace”?

I’ve been going over your website again. It’s a never-ending reverie of great times! I believe about all our fellow missile-men agree that it was the time of our lives. I pity any poor fellow who DIDN’T have a great time over there when we were there. He would have had to be already dead, but just didn’t know it?

A comment about your picture (below) of the “gate guard” missile on a stick in front of the Sembach BOQ.

I hate to say it, but it’s NOT a Mace! It’s a MATADOR with a MACE nose substituted! 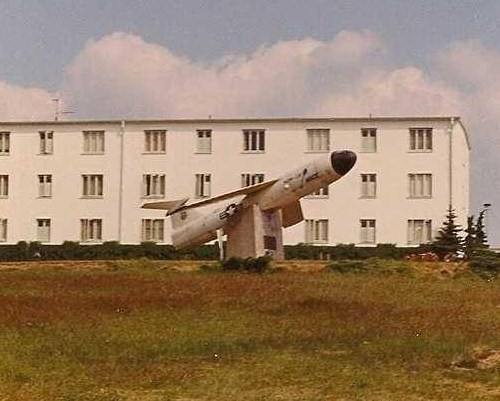 I know for a fact (I was there!) that the first missile installed on that same concrete “plinth” had been a Matador. In fact, below I’ve added a picture of it in almost the identical pose as your picture.. Note the obviously longer wing. Long, high aspect ratio (i.e., narrow) wings like this are necessary for altitude performance, where the Matador had to fly to maintain line-of-sight contact with its ground controller. 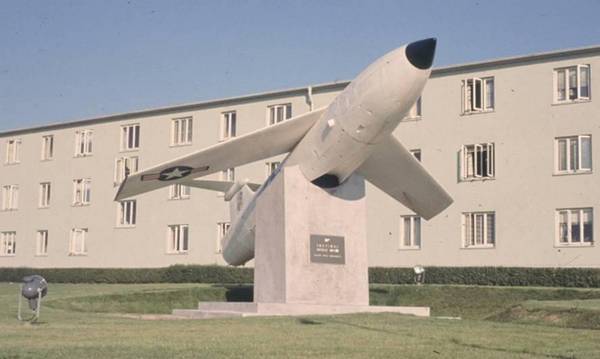 The Matador on its plinth, note the long wings. 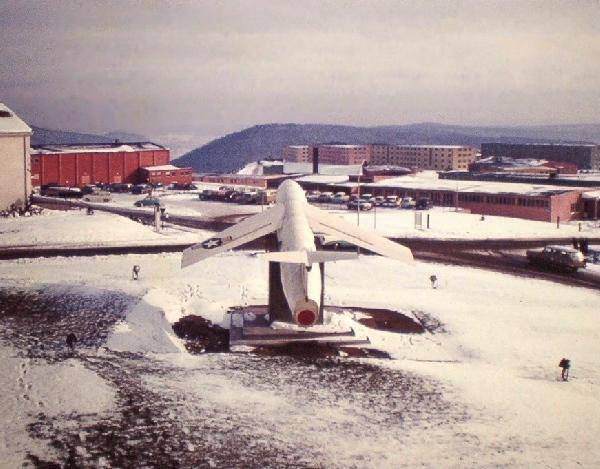 Clipped wings work better at low altitude, which was the Mace’s intended flight regime, down in the weeds to better avoid eastern bloc air defenses.

The TM-76A Mace was developed from the Matador (and for quite some time was actually DESIGNATED as the TM-61B) and had a very similar design interface (attachment points) on the fuselage, thus allowing the switcheroo make THIS Matador LOOK like a Mace. 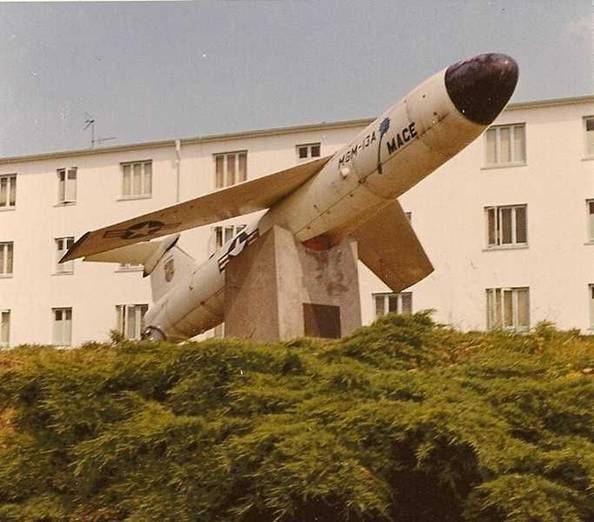 But the Matador had a LONG wing for high altitude flight, the MACE had a clipped wing for low altitude! The Matador wing was 28′ 7″, Mace wing was 22′ 11″. Other external differences included the air exhaust seen here on the right side, below “MGM”; on the Matador (likely for electronics air conditioning air exhaust) NOT on the Mace. 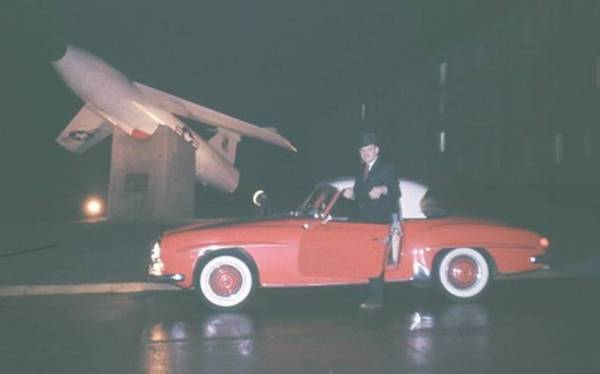 We thought the missile would be a great backdrop for his shiny new Mercedes 190SL.

By the way, after the 38th TMWg folded its colors and the Airplane Air Force took over Sembach, all vestiges that missiles had ever been there quickly vanished. With the 38th TMWg gone and 17th Air Force moved from Ramstein to Sembach, somebody (likely the C.G.) decided to “GET RID OF THAT DAMN MISSILE and put a REAL AIRPLANE on the pole!”. “Preferably, an F-86 Sabre!” This, despite that Sembach had NEVER been an F-86 base. I’ve learned that the suitable substitute acquired was from the Spanish Air Force. It’s a Canadaire Mk 6 Sabre, originally built (among hundreds more) under foreign aid contracts. This one wound up in the Spanish AF. (The RAF, Italians, Norwegians, Luftwaffe, Turks, and several other countries had lots more of these Mk 6’s which with their more powerful Canadian engine. Mk 6’s were, and still are widely considered to be the hottest of all Sabre variants).

So here is that Sabre-on-a-Stick (circa 2000) that TODAY graces the same, modified plinth, and I doubt if more than two people at Sembach even know that the base ever had missiles as a primary mission. (“Mace? What’s that?”) Fame is so fleeting! 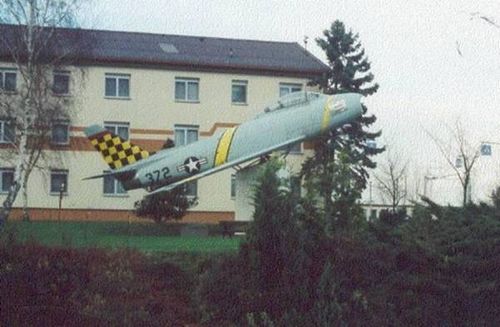 I know none of this airplane vs. missile for hard fact, but would be willing to bet?.

I’d even be willing to bet that this ersatz, never-was-a-REAL-Air-Force F-86 bears the personal markings of some past 17th AF commanding general, from when even earlier he was a young hot shot fighter jock?. It’s just the sort of ego-stroking and apple-polishing that Headquarters Drones are adept at applying. the yellow belly-band and checkerboard fin markings look like those of the Korean-war era 51st Fighter Wing. 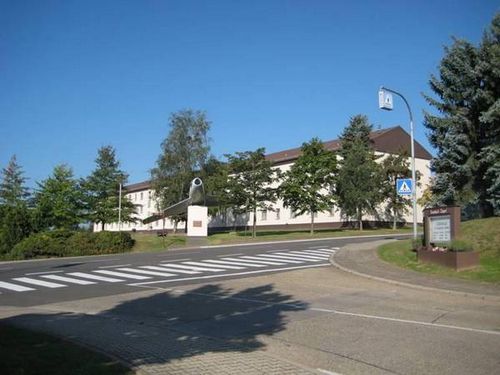