With that in mind, I thought it might be interesting to show some of the cars our friends were driving back in the 1960s.? If you have a photo of the car you were driving back then, send it to Russ Reston, so that it can be included in this article.

Based on a previous website posting (Sembach Sergeant Living Fast’ Life) we know that Lee Kyser (887th TMS; Crew #3-7) was driving and racing a 1964 Mini-Cooper. 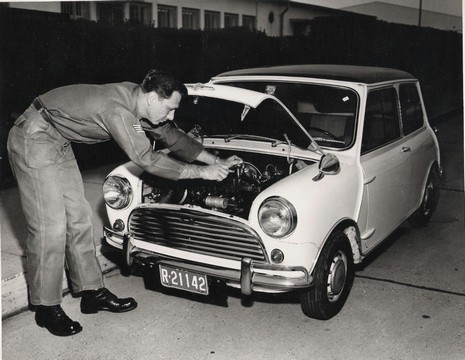 While stationed at Orlando, before arriving at Sembach, Jim Plowden was driving a 1953 Studebaker V8.  Jim recalls:   “Attached is a picture of my first car that I got about two month before I left Orlando AFB.  It was a beautiful little bronze 1953 Studebaker V8.  I used to hitch hike home to Tampa every weekend, which got old quick, so I bought this beauty for $175.00.  I would put in $2.00 worth of gas and buy 4 quarts of reclaimed oil (remember the stuff in the bottles with the pointed top filler) for $.25 a bottle.  By the time I got to Tampa, I had plenty of gas but two quarts low on oil and a trail of suffocated drivers and mosquitoes behind me.  My dad sold it after I went to Germany.  The guy who bought it gave my dad a $35.00 deposit and drove away.  He didn’t put oil in, the engine froze and he walked away from it.  It was impounded and that was the end of my bronze beauty.” 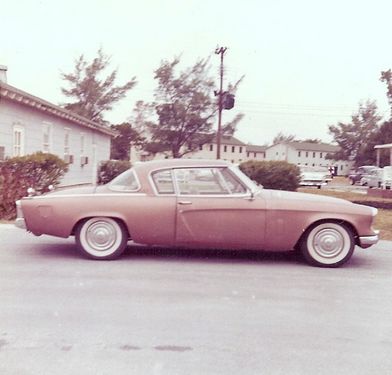 At Lowry AFB and Orlando AFB, Ed Bartik (887th TMS; Crew unknown) drove a 1956 Oldsmobile 98.  Ed and Russ Reston drove this car cross-country from Denver to Philadelphia after graduating from school at Lowry AFB on October 1, 1963.  Following a short leave, they drove from Philadelphia to Orlando AFB for Crew Training.  After completing Crew Training, they drove the car from Orlando to Boston on December 21, 1963, where Ed ‘dropped off’ Russ before driving home to Allentown, Pennsylvania for leave, and then reporting at Sembach in late January 1964.  While at Grünstadt, Ed drove a 196x Volkswagen. 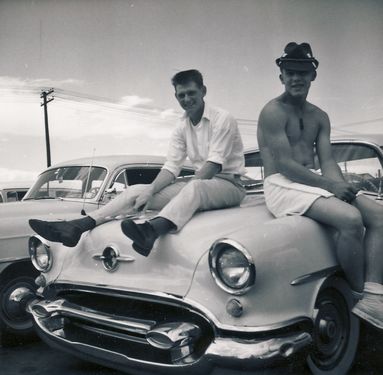 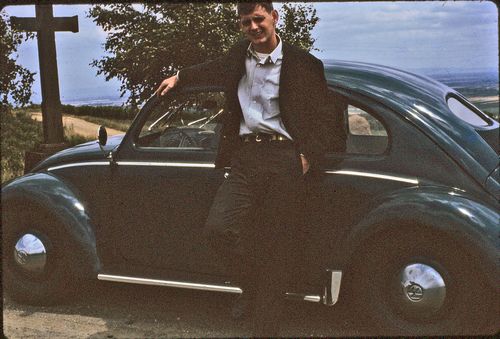 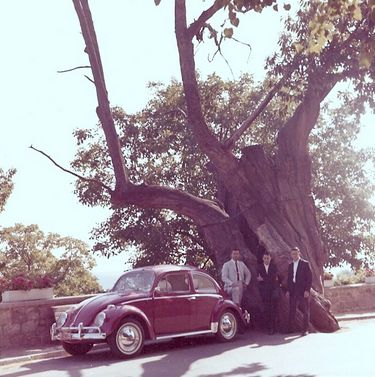 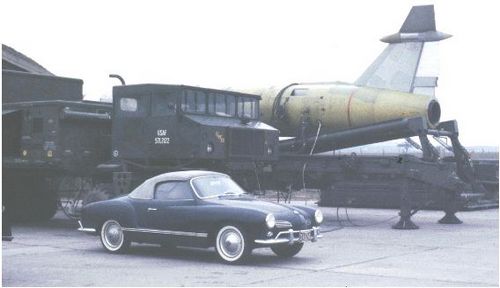 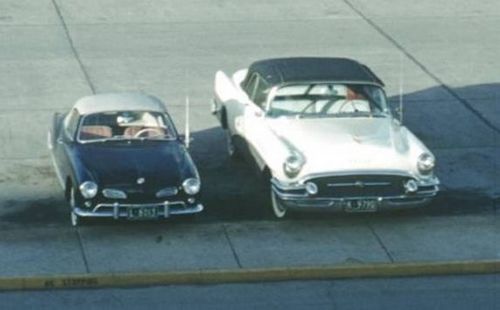 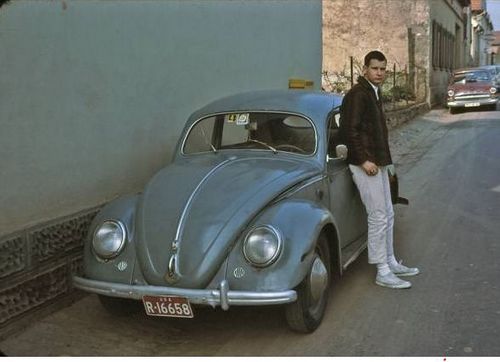 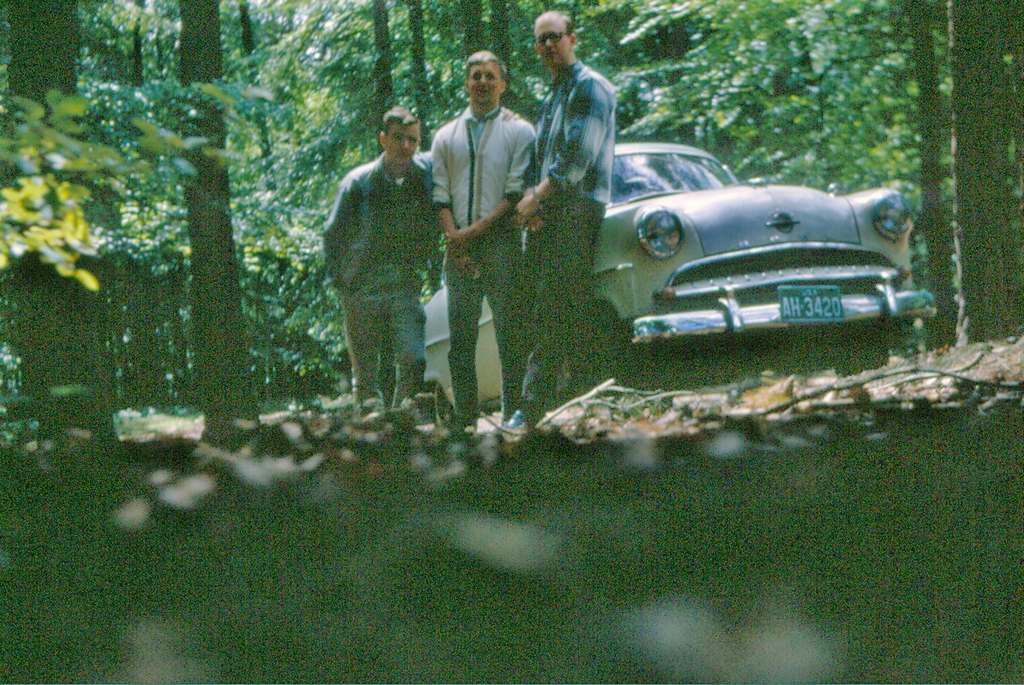 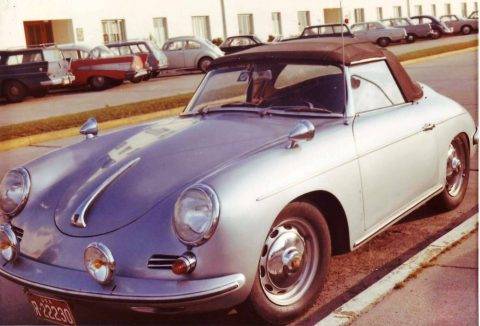 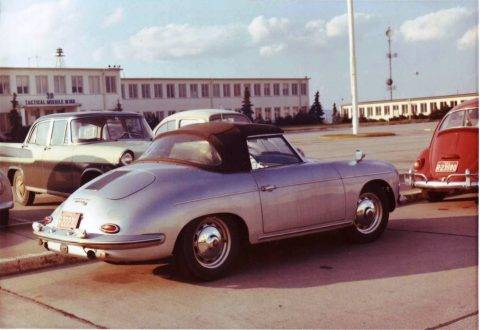 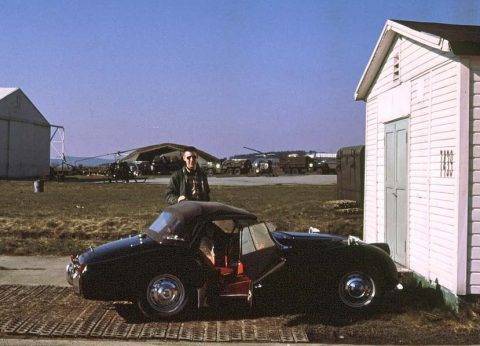 Send me (Russ Reston) a photo of your car so that I can include it here…Some cars I remember are: