On February 22, 2008 we posted an article about Lee Kyser’s racing activities while stationed at Sembach AB; Sembach Sergeant Living ‘Fast’ Life (AF Times – November 25, 1964).  The next day, Rui Mauricio, a Mini Cooper owner in New England, advised via the website’s Guestbook that he now owns the Mini Cooper S described in the article.  Lee has since contacted Rui and confirmed that, yes, it really is the car he owned and raced while racing in Germany.

“Thanks to Russ Reston’s new Sembach Missileer website, the current owner of the Mini Cooper S I raced in Germany, and the USA, was able to make contact with me.

The Mini is now a show car and is kept stored in a climatically controlled facility. The serial number has been verified and the owner history is complete.

This is the only current photo I have, so far, but the owner is getting a package together with many more. I’m very pleased the car survived. It will continue to be around, long after I am gone.

The roll bar I installed for racing in the States can be seen through the rear window. Also, on each side of the license plate, there is a plaque installed. They are from an International and a National event that I raced in, in 1964.

I just HAD to share this with you. Thought you might like to see it. I was stunned to see the condition that is in, after 44 years.” 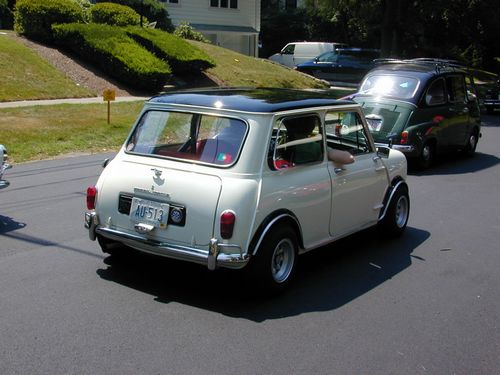 Photo found on the internet from a 2007 car show in Massachusetts. 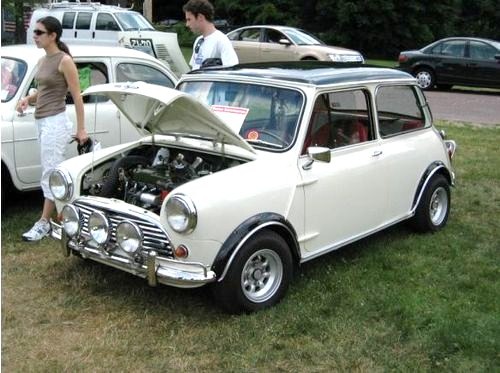