Our condolences go out to the family of Dick Johnson.  During his Air Force career, Dick was assigned to the 887th TMS (Site III / Grünstadt) and served as the launch officer for Crew #3-10.

Many of us that attended the 2009 TAC Missileers reunion in Dayton were able to spend some time with Dick, reminiscing about our assignments at Sembach.

Dick will be missed… 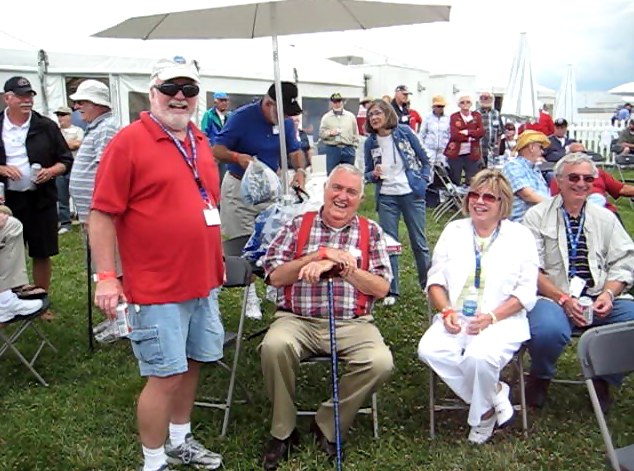 Per his wishes, Dick will be interred at Arlington National Cemetery on August 18, 2010 with full military honors.

JOHNSON MOUNT AIRY, NC – Lt. Col. Richard “Dick” Thayne Johnson, USAF (Ret.), 77, of Mount Airy, husband of Charmaine Golding Johnson, passed away Monday, May 3, 2010, at the Joan and Howard Woltz Hospice Home in Dobson. He was born December 14 1932, in Lafayette, IN, to the late Thomas Howard and Ruby Hagen Johnson. Lt. Col. Johnson was a 21-year veteran of the United States Air Force, having retired at the rank of Lt. Colonel. He served in Vietnam and with the United Nations in the Congo War. He was a career Air Force pilot and also served as chief of police in Thailand and at Pope Air Force Base. Lt. Col. Johnson was a JROTC instructor at Surry Central High School in Dobson. Lt. Col. Johnson returned to serve his country as a civilian in GSA, United States Army, and the United States Navy, completing over 42 years of honorable and selfless service to his country. He was of the Christian faith. Surviving are his wife, Charmaine Golding Johnson of the home; two daughters and sons-in-law, Cindy Leigh Gentry and Barry of State Road and Christine Lisa Royal and Timothy of Yadkinville; a son and daughter-in-law, Brian C. Johnson and Carol of Elkin; five grandchildren, Jessica Johnson, Adam Royal, Nicholas Cox, Joshua Cox, and Tonya Alderman, two great-grandchildren, Blake Alderman and Alli Cox; two sisters and a brother-in-law, Margaret Wimmer and George of Eustis, FL, and Mary Jeanne Fones of Kernersville; a brother and sister-in-law, Tom Johnson and Barbara of Tuscon, AR; a goddaughter, Jillian Aubrey of Overland Park, KS; a special aunt, Bonnie Flint of Laguna Hills, CA; and numerous nieces, nephews, great nieces, and great nephews. In addition to his parents, Lt. Col. Johnson was preceded in death by a son, Tommy Johnson. A celebration of his life will be held Friday, May 7, 2010, at 3:30 p.m. at Moody Funeral Home Chapel in Mount Airy, with Minister Todd Cartner officiating. Burial will follow in the Arlington Cemetery at a later date. The family will receive friends Friday from 2:30 p.m. until the time of the service at the funeral home. The family is grateful for food donations, but requests that food be sent to the Foothills Food Pantry, 233 Cooper Street, Dobson, NC 27017. In lieu of flowers, memorials may be made to the Dobson Lions Club, P.O. Box 473, Dobson, NC 27017, or to the Joan and Howard Woltz Hospice Home, 945 Zephyr Road, Dobson, NC 27017. Online condolences may be made at www. moodyfuneralservices.com. Published in Winston-Salem Journal on May 5, 2010